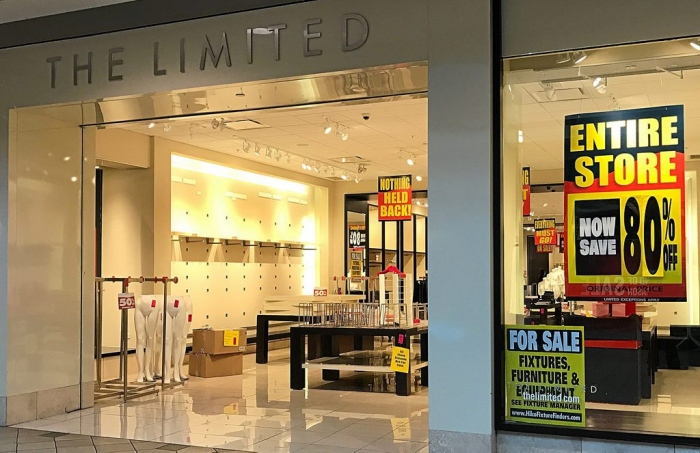 Is there life after liquidation? With a few shrewd moves, bankrupt retail brands can make a comeback.

The Limited, a decades-long staple of women’s apparel in American shopping malls, filed for Chapter 11 bankruptcy protection in January. The retailer liquidated its inventory, closed all 250 of its stores, laid off roughly 4,000 employees, and shut down its online store. Private-equity firm Sycamore Partners later paid $27 million at auction for the intellectual property of Limited Stores Co.

So where did The Limited go wrong?

Once the go-to store for early- to mid-stage professional women who wanted to find an affordable and stylish work wardrobe, The Limited became plagued by positively fugly style offerings — stuff people in the Midwest would have loved three to five years ago. (My apologies to residents of the Midwest.)

As I scrolled through a page of tops, I asked myself, “Who would wear this?”

I recall scrolling through a page of tops on their website a couple of years ago, asking myself, “Who would wear this?” Nobody, as it turns out.

The decreasing quality of The Limited’s apparel also became an issue. Too-thin fabrics at not-thin prices were a turnoff: What’s the point of buying a sweater if it’s so thin I have to wear a camisole or tank top under it, lest I flash my colleagues, family, and friends?

What’s the point of buying a sweater so thin you risk flashing your coworkers, family, and friends?

A quick poll of fellow professional women yielded the following experiences about shopping at The Limited:

The Limited also suffered from an inability to keep up with trends. Liz Dunn, chief executive of retail consulting firm Talmage Advisors, told the Washington Post that shoppers are looking for apparel that is “hyper-relevant” to current fashion trends. Retail fashion’s typical production time is six months, but that’s forever in terms of a trend’s life cycle. Fast fashion king Zara can design concepts, manufacture them, and have them in stores in as little as 2 weeks.

But it’s not too late for The Limited. Here’s how the struggling retail brand can turn it around:

Relaunch your store as online-only 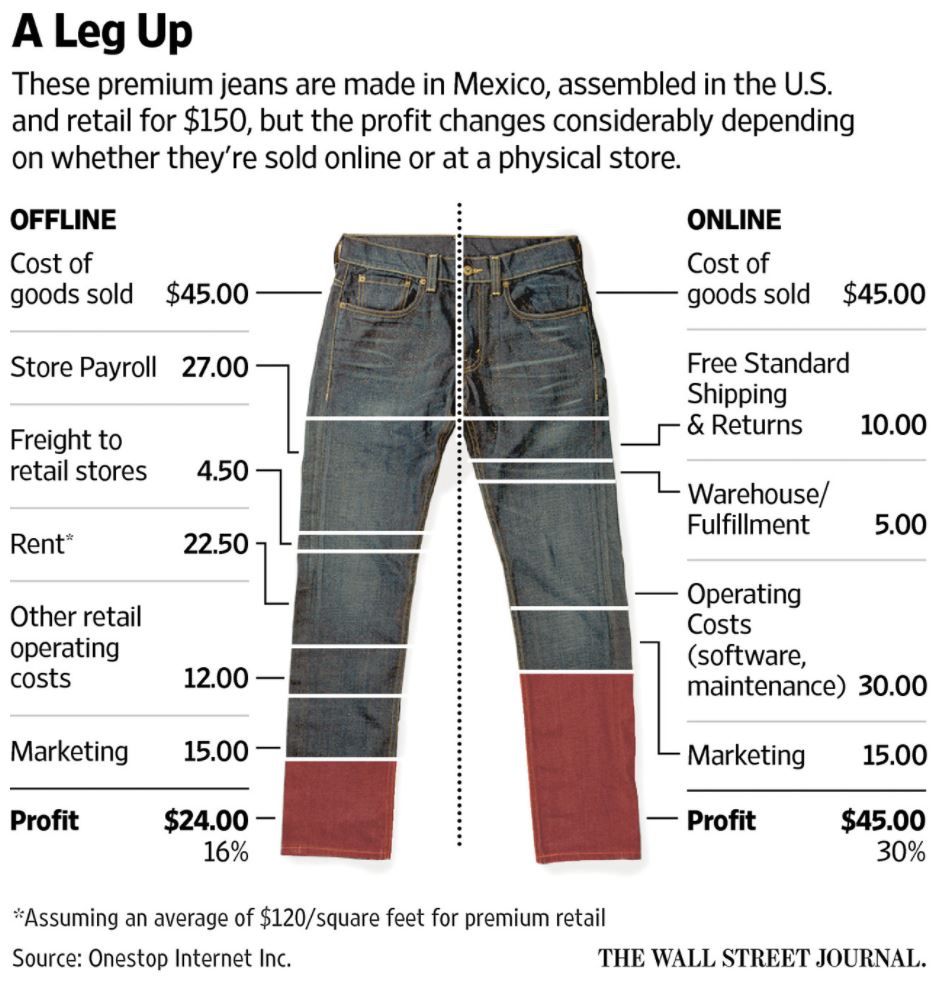 Coldwater Creek, also owned by Sycamore Partners, is another failed women’s apparel retailer that successfully reopened as an online-only store in 2014. By removing costs like store payroll, freight, and rent, e-commerce operations can be twice as profitable (or more) as brick-and-mortar sales.

Sycamore should do the same for The Limited.

I never bought anything from The Limited at full-price. Ever.

Starting with the economic downtown of 2008, The Limited, like many other apparel retailers, trained its customers to shop on sale. Unfortunately, that habit is incredibly hard to break. Rather than pay an outsize price for their clothes, shoppers could wait for the 40% or 50% off sales that The Limited had with astonishing regularity.

Always being on sale is a sure way to race to the bottom. By offering fewer promotions, The Limited could improve its profit margins and inject more exclusivity into its brand. The result is a higher perceived brand value and a higher price customers are willing to pay.

The Limited, in its new incarnation, should also produce more capsule collections in collaboration with higher-end designers or collections based in fashion trends. These collections should contain a limited number of pieces, fewer than 30. 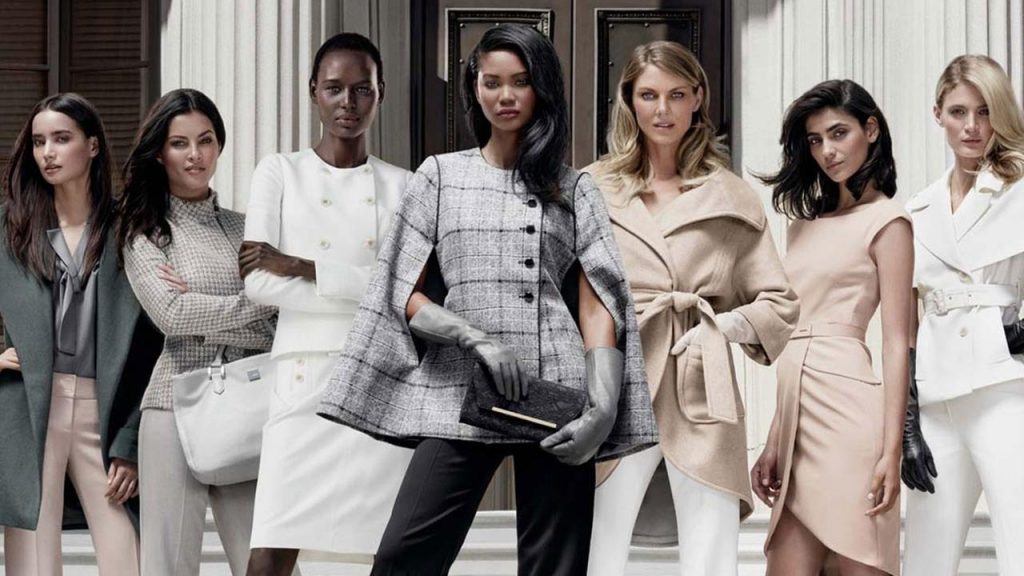 In 2014, The Limited partnered with actress Kerry Washington and costume designer Lyn Paolo for the “Scandal” collection, based on the striking and polished style of the hit television show’s main character, Olivia Pope. The collection flew off shelves and sold out online. The sales success resulted in a second capsule collection hitting stores in 2015.

A second collaboration featuring designs by Eva Longoria debuted in July 2016 but proved to be a poor partnership decision on The Limited’s part. When is the last time Eva Longoria was on-trend? The actress-turned-designer’s most notable project, television show “Desperate Housewives,” went off the air in 2012. The collection itself was plagued by styles that were hit-or-miss. High prices did not match the garments’ quality nor the waning social relevance of the name on the collection. 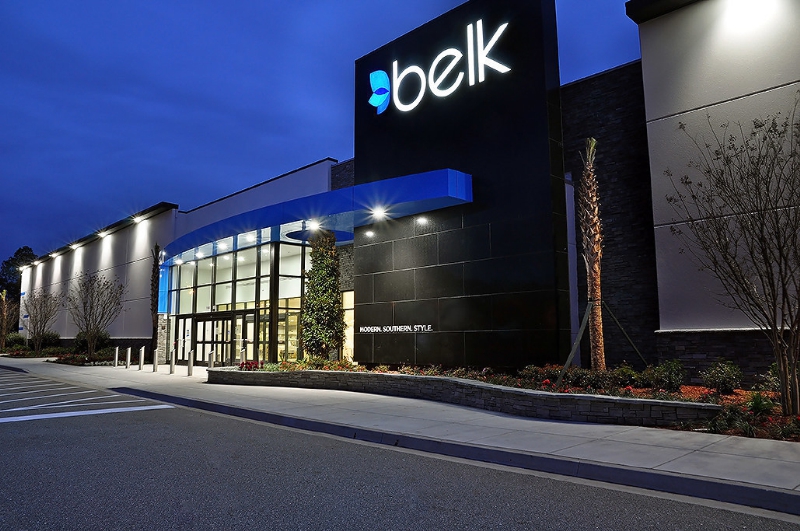 According to the Wall Street Journal, companies that acquire retail brands like The Limited often see moving online as a temporary fix. “When you can touch and feel the brand inside the stores, when you can see it, it gives it that heartbeat,” says Jamie Salter, chief executive at Authentic Brands.

People will always want to feel the fabric, hold clothes up in the mirror, and try them on. (Okay, no one actually enjoys trying on clothes.) Sycamore Partners can solve this problem within their retail portfolio, which includes department store chain Belk. Belk has nearly 300 stores in 16 southern states, giving Sycamore the perfect opportunity to get The Limited brand in front of mall shoppers once more.

To turn it around, The Limited and other failed apparel brands must work quickly.

Post-liquidation, “all that’s left is the brand name and the customer following,” according to Navjit Bhasin, the executive who turned Coldwater Creek into a thriving online business for Sycamore Partners.

Sycamore Partners will need to act quickly to keep the customer following that The Limited enjoyed. The new landing page at TheLimited.com is a good sign.

As one of many former customers of The Limited, I look forward to seeing what the retailer offers in its new incarnation and if it can operate nimbly enough to survive the age of fast fashion.