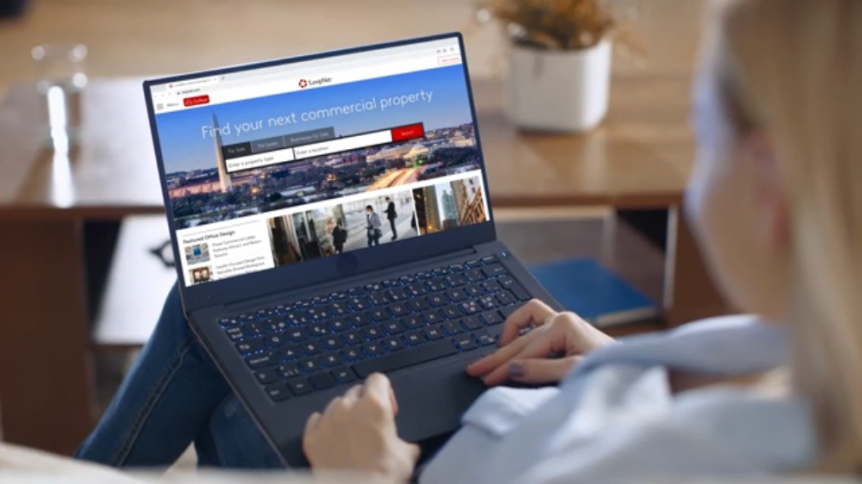 Folks have long told me that I have a voice for radio and voiceover work. However, I never tried it until I started working on a marketing campaign for LoopNet.

My team wanted to get the campaign activated quickly and needed a voiceover artist to explain LoopNet’s new Listing Performance Report feature. While co-writing the script with our director of video, Jon, I mentioned always wanting to try voiceover work. Jon said, “Well… Why don’t you try it?” We met up (masked, of course), he handed me a lapel mic, and we got to work.

I first tried recording from my home, since we’re still in the midst of a pandemic and I’m not going into the office everyday. I quickly realized just how many noises are in my “quiet” DC apartment:

So, I headed into the studio in downtown DC for the necessary silence. Did I use some fancy recording equipment? Nope — I just plugged the lapel mic into my smartphone.

Jon gave great direction on how to read the script on each take. After a few takes, I emailed him the finished recordings. The production crew worked their magic behind the scene and turned my voiceover tracks into a fully-fledged video advertisement.

Watch the finished product above, or get the complete story behind the campaign here.