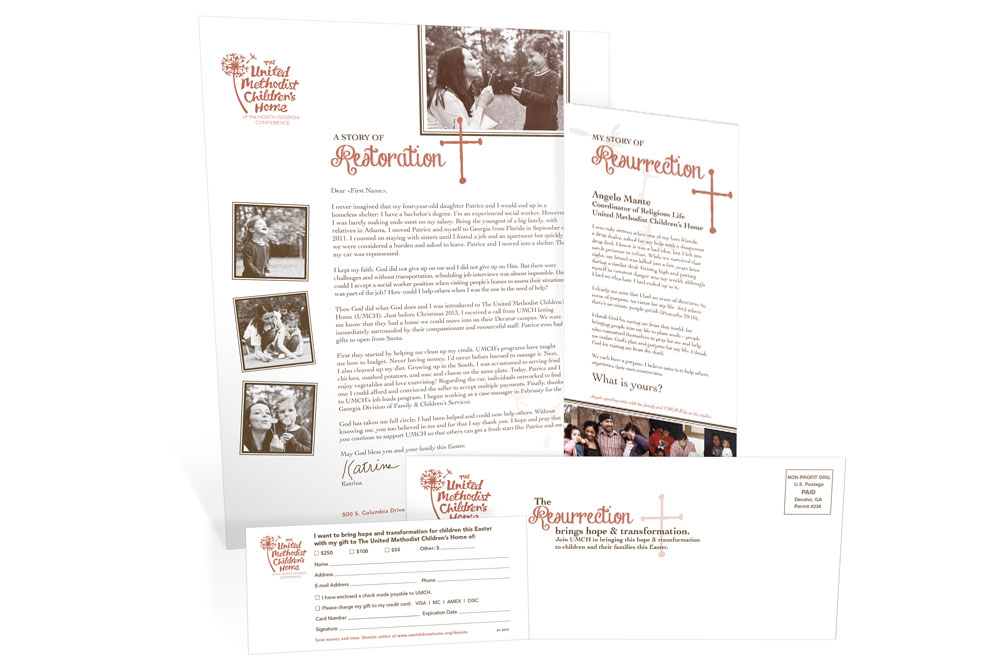 Like most nonprofits, the United Methodist Children’s Home (UMCH) relies on donations to fund its mission. UMCH needed its annual Christmas and Easter campaigns to raise $150,000 from donors to meet its budget goals for the year.

I led a creative team of three with the goal of telling compelling stories of the children and families whose lives were changed through UMCH fulfilling its mission. The team produced A- and B-stories and graphics for each campaign, which had direct mail and email components.

I also introduced a New Year’s Eve email campaign designed to challenge donors to end the year by funding a family in need for an entire year.

These efforts resulted in the client meeting 119% of its goal and was UMCH’s highest donation total to date. The funds represent a 27% increase over the previous year’s intake.