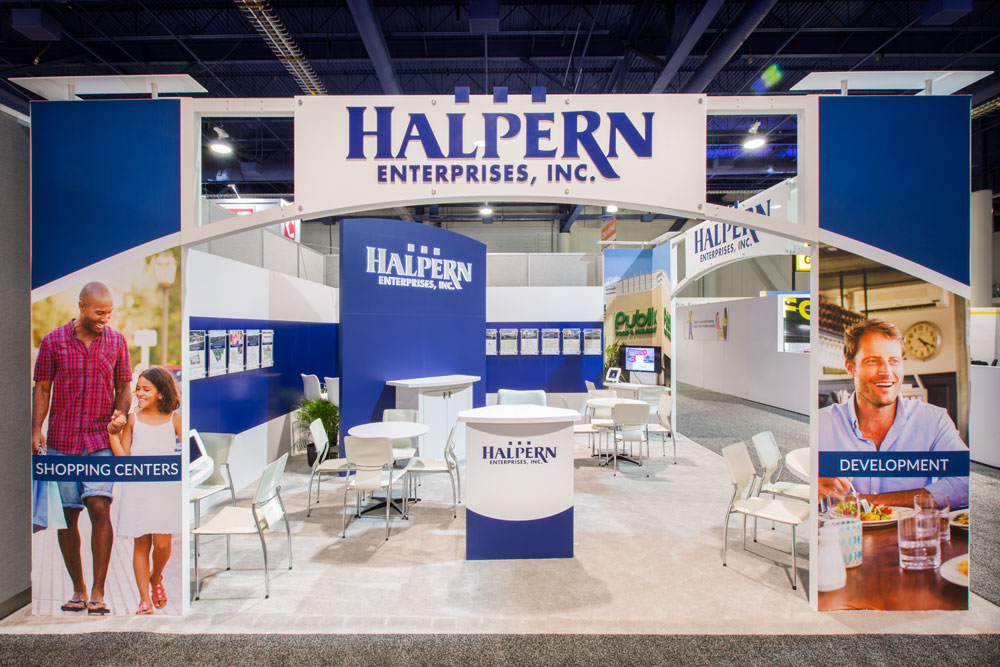 After a decade of use in national and regional trade shows, the Halpern Enterprises exhibit needed an update. 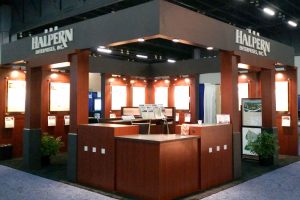 First, I interviewed the booth’s primary users (C-suite executives and leasing directors) about their needs. What about the existing booth worked well for them? What did not work well?

With their needs accounted for, I created a checklist of “must-have” and “would be nice to have” categories. Armed with the checklist and a 6-figure budget for the new booth, I interviewed three exhibit production companies and, after reviewing their proposals, selected the Chicago-based firm Echelon Design.

Echelon and I worked to translate the users’ needs into a preliminary structural design, and we negotiated certain design aspects so they would fit the budget.

My goal for the booth’s art direction was to influence potential customers to view Halpern not as just another developer but as a company that brings communities to life.

AFTER: The new Halpern booth debuts at RECon in Las Vegas

Halpern’s new booth made a splash to both existing and prospective customers and industry peers at its debut at ICSC RECon (the world’s largest retail real estate convention with more than 37,000 attendees).

Show attendees ooh’d and aah’d over the new booth, and Halpern looked the part of an industry leader.