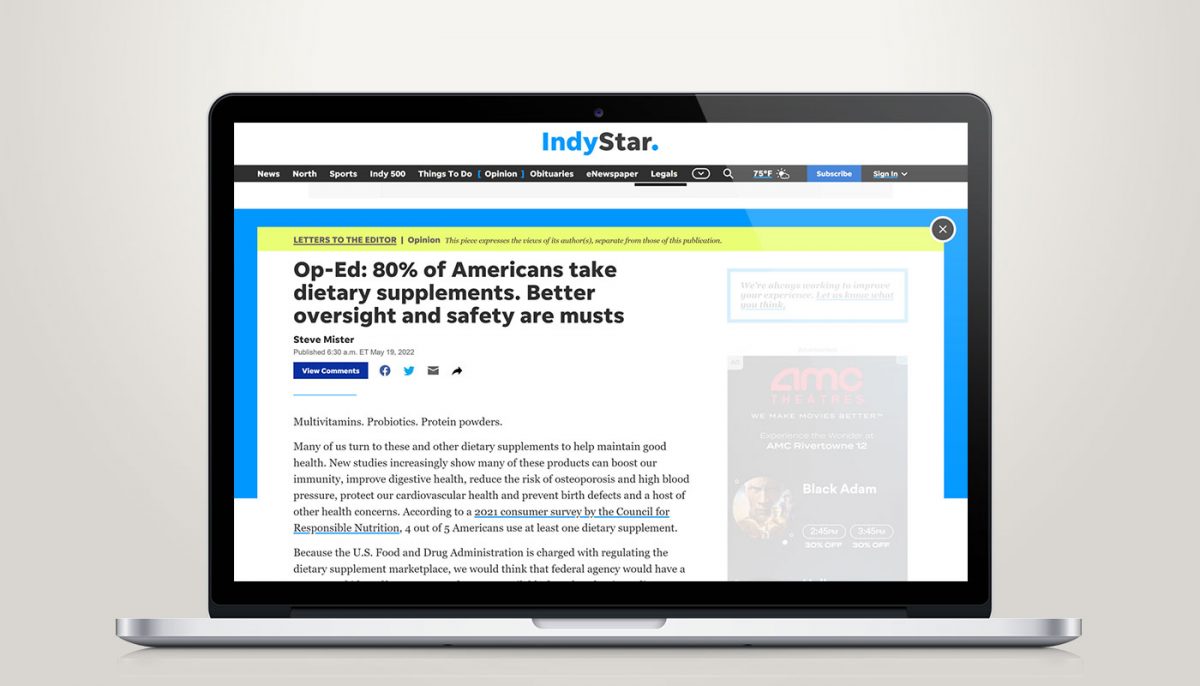 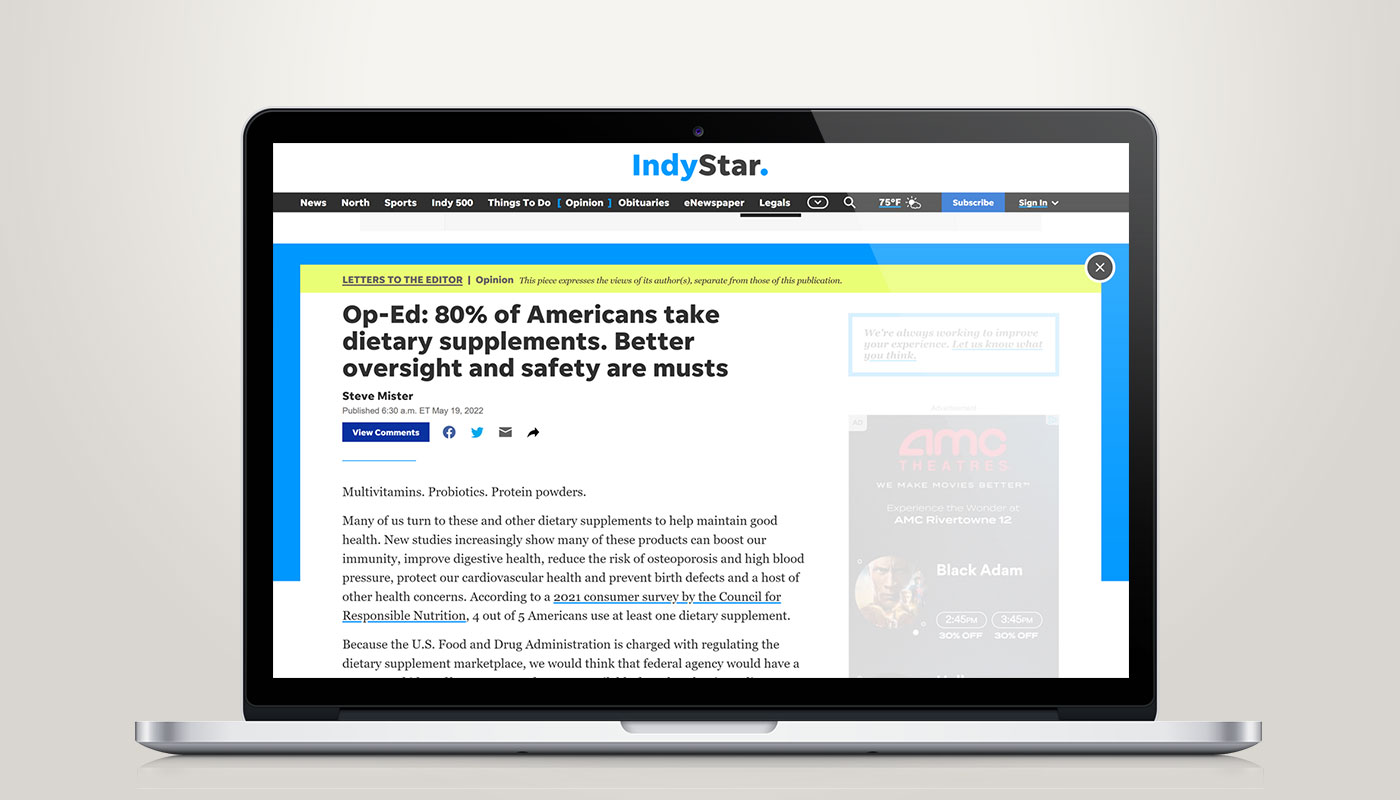 The Council for Responsible Nutrition (CRN) wanted to show support to Sen. Mike Braun (R-IN), who cosponsored the Dietary Supplement Listing Act, on which CRN had spent considerable lobbying effort. CRN also needed the op-ed to educate the public on how FDA regulates dietary supplements and why they should support the legislation.

I recommended writing an op-ed for publication in the primary newspaper of the senator’s state. Here’s how I did it:

The Indy Star’s executive editor published the op-ed. By getting the op-ed placed, we were able to show support to Sen. Braun and educate his constituents on how the legislation would benefit them.