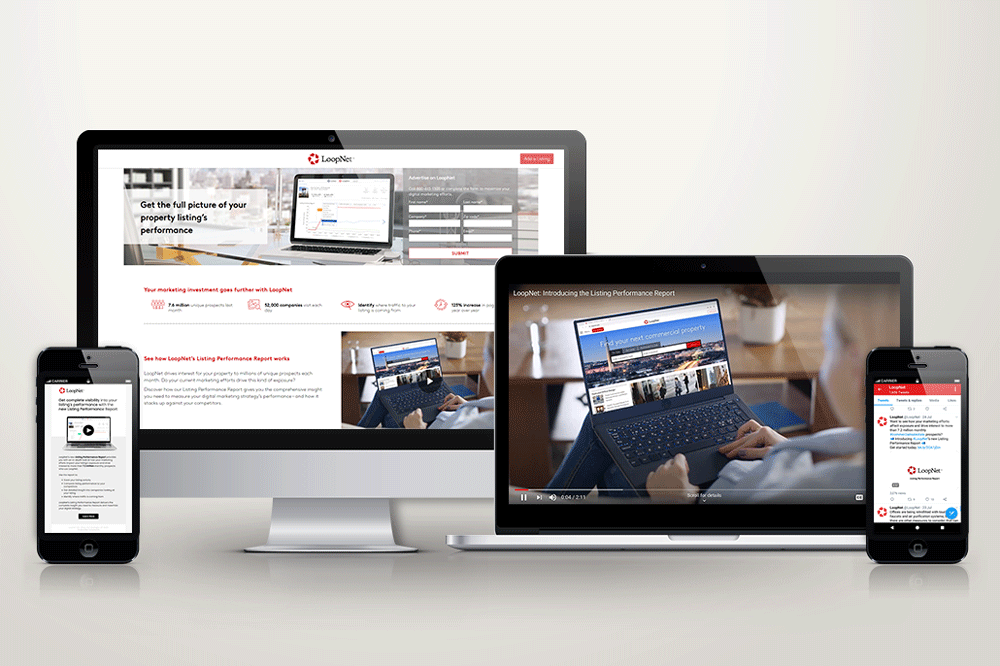 With more than 12.6 million monthly visits, LoopNet is the most heavily trafficked commercial real estate marketing platform. LoopNet wanted to introduce its newest feature, the Listing Performance Report, and promote it to prospective and existing customers.

How do you promote a new product feature to the public? Here’s what I did:

Overall, the campaign was a success. The content was well-received and readily consumed and engaged with by users across both email and social media. (Because LoopNet does not track sales initiated via email or social media, it is not possible to report specific revenue numbers as a direct result of the campaign.)

The series of three marketing emails resulted in more than 67,000 unique opens, with an average open rate of 25% and click-through rate (CTR) of 3.8%.

Social media reporting revealed nearly 36,000 impressions (paid and organic). More than 8,000 users engaged with the content, resulting in a 22% engagement rate, on average, across LinkedIn, Twitter, and Facebook.