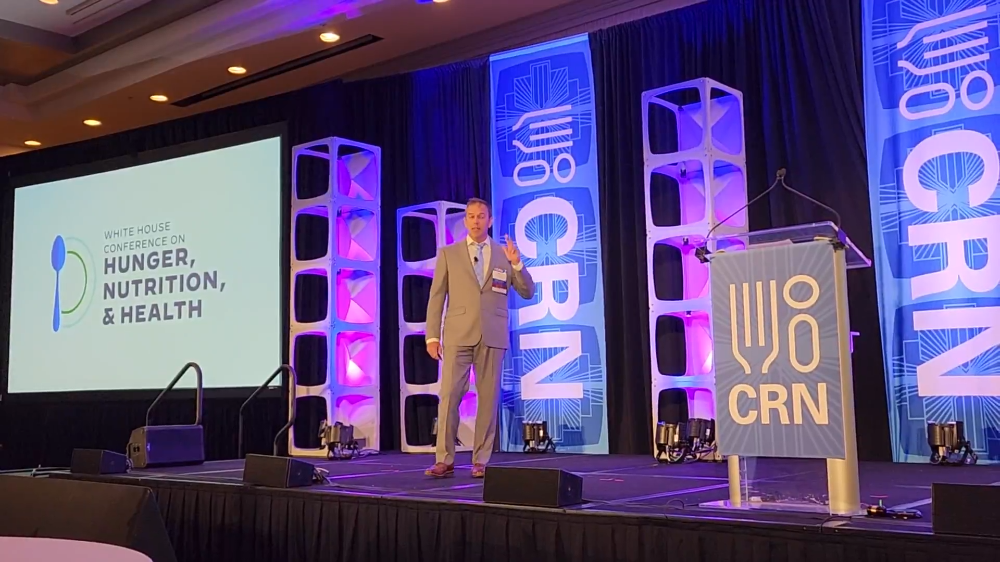 The Council for Responsible Nutrition’s board of directors chairman (and VP/Head of Regulatory and Medical Science for Nestlé US) needed a 20-minute keynote speech to cover the trade association’s accomplishments during his two-year term as board chair.

The speech was to be given at CRN’s Now, New, Next, an industry-wide event for the $60B dietary supplement industry.

After performing some initial research, here’s how I composed the chairman’s captivating 20-minute keynote speech:

The chairman’s speech was a success! Anyone can rattle off a list of achievements, but we took the time to tell a story that spoke to the interests of a 210+ person audience.

The chairman elicited both chuckles and cheers from the crowd because we included inspirational and humorous mentions that resonated deeply with this specific audience of industry executives.